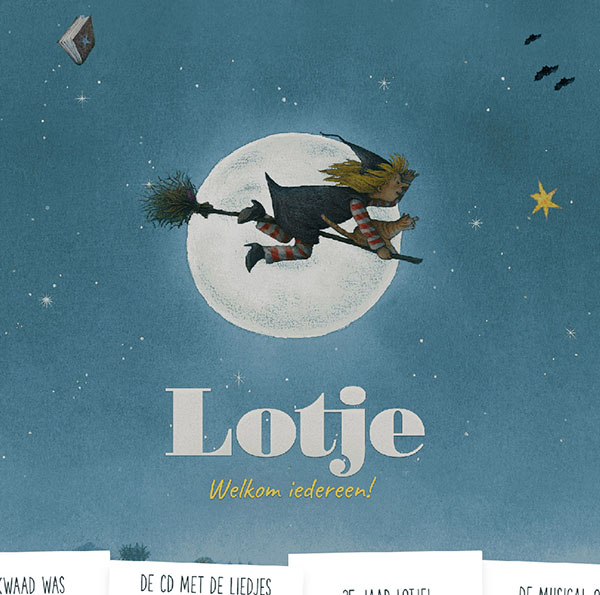 Lotje is a well known series of Belgian childrens books by Lieve Baetensen. In the past, the site hosted a number of popular games built with Adobe Flash, which mobile users could no longer access. I was asked to create 3 new Html5 games which would work across all browsers and devices, aimed at kids between 3-7 years old.

I participated and gave technical consulting from start to finish. The games are customizable by a wordpress set up which allows the site admin to create new "versions" of the games by simply uploading new sets of images. To appease impatient kids, I created a lightweight micro game framework, mostly handling user interactions and game state.

I had fun with particles, as seen in the loaders and game interactions. Lotje illustrations heavily emphasize on "light" and "atmosphere", the particles are meant to emulate such a magical environment.